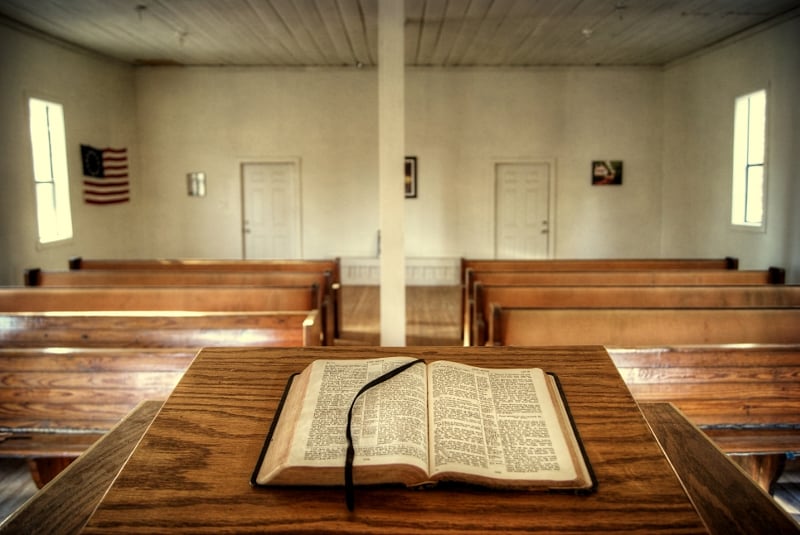 How does your church deal with change in culture? One of the most difficult things in ministry is striking balance between either resisting or accommodating culture. Some time ago I explored the myth that “in a small town, things never change.” Culture is always evolving and shifting. In my opinion, small town churches (and others too) should think about change in terms of theology and biblical history. One starting point may be the examination of cultural change in biblical times, and how rural people adapted to it.

Throughout the Bible, God’s people change and adapt to shifting culture, changing kings and empires, and even different technologies. Prophets came declaring that God was not only the God of Israel (a particular ethnic group and geographic location) but rather the God of all peoples and nations. The Bible shares accounts of people resisting cultural change, wrestling with what change means, and struggling to cope with cultural shifts, all while attempting to remain faithful to God. These struggles are key to the identity of God’s people and shape the narratives and themes we find in Scripture.

One example of cultural change in Jewish history comes in the Apocryphal books of Maccabees and Sirach. As parts of the world faced Hellenization (expansion of Greek cultural influence), many Jews in cities had little problem adapting to cultural change, while people in rural areas struggled to adapt. It seems “The upper classes in Jerusalem, the Hellenizers, had long adopted Greek ways, while the poorer people of the rural areas tended to cling to the customs of their ancestors.”[1] Of course, Hellenization and Postmodernity (the current cultural shift) do not equate entirely, but both prove significant in nature, ushering in new cultural and theological paradigms. New thought patterns and culture tend to emerge from urban environments, and non-urban people may still hesitate to embrace those new ideas and philosophies.

Additionally, it seems important to note that not every cultural change emanating from urban environments is desirable, ethically just, theologically sound, or economically beneficial for rural communities. Rural people have long critiqued urbanites in all matter of living. The critique in 1 Maccabees is that

“…the king sent letters by messengers to the land, to forbid burnt offerings and sacrifices and drink offerings in the sanctuary, to profane Sabbaths and festivals, to defile the sanctuary and the priests, to build altars and sacred precincts and shrines for idols, to sacrifice swine and other unclean animals, and to leave their sons uncircumcised. They were to make themselves abominable by everything unclean and profane, so that they would forget the law and change the ordinances.”[2]

While many of the Greek customs and laws were acceptable, many were directly against deeply embedded Jewish tradition and belief, including important components of the Covenant Law. Other (Greek) laws were (as the passage above suggests) written expressly against the Jewish people in an attempt to fully conquer them, making Jewish resistance arguably justifiable.

Interestingly, however, many of the Greek customs and laws the Maccabean revolts fought against were later embraced by the early church, including acceptance of uncircumcised Gentiles into the faith, God’s blessing on all foods that were previously deemed unclean (Acts 10-11), and even the end of ritual animal sacrifice. It might have behooved the Hasmoneans (those Jews who revolted against the Greeks) to examine how much of their resistance to change stemmed from nativism and tradition, and how much from true religion. No doubt they were persecuted, but lives were lost and blood was spilt fighting for things most Apostles (many of them thoroughly Jewish) counted as unnecessary religious baggage. Seemingly, God’s people should strike a balance between cultural accommodation and remaining true to the essence of our faith.

So the question arises – how will your church negotiate the changes happening in today’s culture? Not every change in culture may be Godly or desirable, but sometimes the things we want to cling to in the midst of changing culture are our own cultural artifacts. Does your church have a theology of change? If so, what does it look like? How do we distinguish between cultural  religion and the essence of our faith? What religious artifacts do we cling to because of anxiety about shifting cultural sands?  What other historical cultural and Biblical examples can you think of where God’s people are confronted with shifting culture?

1 thought on “A Theology of Change for Small Town Churches”