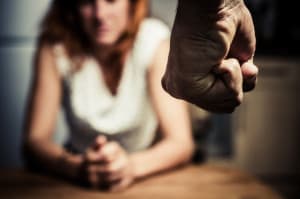 This past week NFL running back Ray Rice was suspended permanently from the NFL and fired from the Baltimore Ravens after a video surfaced via TMZ showing Rice striking his then fiancé (now wife) Janay Rice, and dragging her unconscious body from a casino elevator.

When you do some digging (and I did plenty), there are virtually no studies on rural domestic violence. According to the National Domestic Violence Hotline (USA)

Let that sink in for a minute. That means that potentially, over 30% of women and nearly 30% of men attending your church have been victims of domestic and/or sexual violence. One third.

Why would this be? Aren’t small towns charming places, where every family is like the Cleavers and Main Street feels like Mayberry? Not exactly.

To that list the national organization Crisis Connection adds…

1. Talk about it this Sunday. Don’t wait. The rest of America is speaking about domestic violence this week. God forbid it’s the leading story on ESPN for a week and no pulpit addresses it in the context of Sunday worship! Pastors and church leaders can remind congregants that all people are made in God’s image, and that violence against another person is violence against God’s image and creation.

2. Become aware of local resources. Make a list of every womens’ shelter in your area, and have it available for those seeking assistance. If you don’t know who to contact to build such a list, contact your local sheriff or rescue squad and ask for leads. Also check here for the National Domestic Violence Hotline’s list of ways friends and family can assist domestic violence victims.

3. Don’t just talk about it. Begin to think about establishing a ministry in partnership with other area churches to combat domestic violence in your town and county. Find out who’s already doing it, if anyone, and seek to create a network of knowledge, education, and resources that families and victims can turn to in times of need.

Domestic violence in small towns and rural communities is real. Ray Rice won’t be putting up football stats anytime soon, if ever. As Christians, let’s not add to domestic violence stats by our inaction. How will your church minister to those 30% of people who are victimized? Don’t wait. Someone’s life could be on the line.