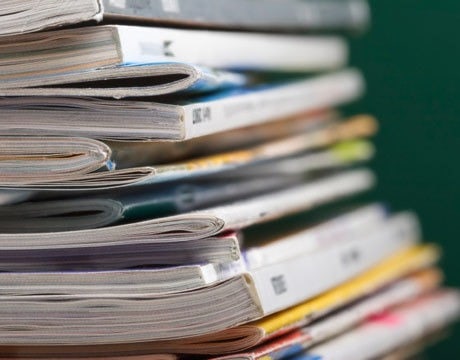 Below are is a collection of peer reviewed articles with a brief description of their claims/findings concerning small town ministry.

Roth writes from the Lutheran tradition, and in this article outlines six particular challenges in small town ministry.  The challenges Roth identifies are 1) Church members experiencing stress from the complexity of rural economies, 2) rural people tend to resist change, 3) rural congregations rely on other pastors, 4) clergy isolation, 5) a lack of clergy “status symbols,” and 6) the invisibility factor (referring to the small body of research, writing, and denominational concern dealing with rural ministry).  According to Roth, small town churches should consider each of these issues in order to move towards effectiveness in ministry.

This article showcases several Amish dairy farmers in Wisconsin, and their refusal to embrace technology over the course of several decades.  The article documents the challenges with the rapidly changing dairy industry, which are similar to the challenges to other rural industries.  The challenges of emerging technology, of economies of scale, and of pressures to increase productivity, make it increasingly more difficult for small farms to remain viable.  Interestingly, the gate-keepers for knowledge concerning cultural change in these communities are the bishops and clergypersons of the Amish church districts.  What if rural pastors everywhere were so in-tune with their local culture, that sociologists came to them first for data and opinions?

3. Miles, Andrew, and Rae Jean Proeschold-Bell. 2012. “Are Rural Clergy Worse Off?: An Examination of Occupational Conditions and Pastoral Experiences in a Sample of United Methodist Clergy.” Sociology Of Religion 73, no. 1: 23-45. Academic Search Complete, EBSCOhost (accessed May 24, 2014).

A stereotype exists claiming that rural clergy may be “worse off” in many ways compared to their urban counterparts.  The above article is a the result of a grant funded study at Duke, examining the truth of the stereotype by contrasting urban and rural clergy with empirical evidence collected through research and interviews.  The findings in short are that in some ways rural clergy are better off, in some ways they are no better off, and in some ways they are worse off.  One striking difference between urban and rural clergy is the difference in average salary.  The average urban pastor’s salary is nearly $17,000 more than the rural pastor’s salary (pg. 36).  Cost of living, however, may be lower in rural locals, so the advantage or disadvantage of this finding largely depends on the cost of living in urban ministry environments.  Overall, the study found that rural ministers are under comparable stresses concerning career, time, family, finances, and conflict when compared to urban ministers.  The study is the first of its kind in the United Sates.

Francis and Rutledge study the personalities of 1057 rural clergy through a scientifically designed questionnaire. Their initial findings show that rural clergy tend to be more introverted, less thick-skinned, and less likely to act as strong leaders.  An interesting question is whether rural ministry has this impact on clergy over time, or if clergy with these personality traits are drawn to rural ministry.  The implications of the findings are discussed in relation to rural ministry.  Anyone interested in the physiological makeup of rural clergy will find this article fascinating.

5. Neitz, Mary Jo. 2009. “2008 Association for the Sociology of Religion Presidential Address-Encounters in the Heartland: What Studying Rural Churches Taught Me about Working across Differences.” Sociology Of Religion 70, no. 4: 343-361. Academic Search Complete, EBSCOhost (accessed May 24, 2014).

In presenting her address at the Association for the Sociology of Religion, Neitz suggests that existing narratives of rural church decline exist because of ambivalence people have towards contemporary secular culture, mixed with a nostalgia for the mythologies of the past.  She goes on to argue that change and revitalization can come to rural churches who choose to encounter the world outside themselves, and outlines an analogy of rural congregations as cultural borderlands where enriching and transformational encounters may take place.  Interested readers will find her speech lucid and refreshingly visionary.

This study samples 400 rural church youth groups in eight denominations in three heartland states.  The study compares the style of youth ministry programs, their emphases, and attendance.  More broadly, the study compares Catholic, Mainline Protestant, and Evangelical Protestant youth groups, and shows the contrasts between the groups from each of the three traditions.  Goreham ends with a discussion of the implications of the study, and suggestions for rural churches to strengthen in youth ministry.  Those interested in rural youth ministry will find this article insightful and compelling.

The study performed by Littler, Francis, and Martineau is a sample of 1870 rural lay respondents who were asked twenty questions about their impressions of various types of lay led ministry, including lay led confirmation, baptism, and Eucharist celebrations.  The findings are quite interesting, in that while the core church members might feel more comfortable with lay led ministry, peripheral members who worship occasionally may feel extremely uncomfortable with the change.  This means that while a lay ministry may be healthy for the local church and alleviate the burdens of ministry from ordained clergy, lay ministry might hamper growth and outreach, as unchurched and de-churched people have a high expectation of clergy led ministry.  There is much to wrestle with here, and it would be fascinating to see a similar study among Baptist and other congregational polity rural churches.

Roger Fjeld was the President of Wartburg Seminar in 1985 when he wrote an open letter to fellow theologians which was published in Currents in Theology and Mission. The letter calls for American Christian leaders to consider that most of their models for ministry inherently favor urban environments.  He pleads for the church fight for justice on behalf of farmers and rural peoples, since the forces of economics and paternalistic metropolitan areas are often beyond their control.  It is no coincidence that in 1987 Wartburg seminary begins the Center for Theology and Land.  The letter, while only two pages, remains extremely compelling for those interested in rural ministry and theology.

One of the largest problems in healthcare according to the article is disparity in quality care among rural and urban residents, as well as disparity between rural whites and rural African Americans.  One way to address the health care disparity among the rural peoples is for churches to host health care fairs.  Through her research and analysis, Bratcher-Porter identifies a need for developing a resource to help churches, especially rural churches in the south, learn how to promote health education and health screenings as a type of outreach and justice ministry.  Those who live in the rural south are likely aware of this complex issue, and of the challenges of healthcare in rural locals.  This article will give rural clergy and parish nurses some great ideas and encouragement to press on with programs and events geared toward closing the healthcare gaps in their communities.

When one views the date of this article the assumption is likely that it mostly serves as a historical artifact, however, many of the findings contained therein remain strikingly relevant for today’s rural churches.  The article serves as a reminder that rural and urban churches have stood in tension, even at the height of the church’s influence in Western culture.  Racial relations are an evident tension as pointed out by Richardson, which in many ways still exist in rural communities, albeit in more subtle ways.  Students of rural churches and culture will do well to learn some of the historical background in these fields of study, which makes this article a gem of contextual data and analysis.

Like the Richardson article above, Stuenkel’s article is a snapshot in time of rural Christianity in America.  What is surprising here is that he develops a rural theology beginning with the creation narrative, and ties the idea of the fall into urbanization within civilization.  This reinforces the mythology of rural places as pure and urban places as bastions of sinfulness.  At the same time, he makes the argument rural people have been wrongly labelled by city people as backwards rednecks.  Many of the more contemporary books raise the same concerns, including the outmigration of bright young people to metropolitan areas, and a lack of heath care and jobs in rural communities. Perhaps some things in small towns really do never change.

Madison analyzes the Rural Church Reform Movement in the first half of the twentieth century in this lengthy and informative article.  Many in the urban settings, especially those in protestant denominational offices, sought to reform rural churches by making their programs more efficient.  Many reformers even suggested rural churches should combine or close, telling people they could simply drive to the nearest town or city for worship.  As one can imagine the paternalism and condescension were not welcome by rural congregations, and the divide between urban and rural churches grew deeper.  The lack of attention rural churches receive from denominational offices and publishing companies today might be indicative of remaining tension from this so-called reform movement.  The reform movement was perhaps a prime example of modernity and religion gone wrong, seeing as the reformers failed to see the value in the rural communities and congregations due to their compartmentalized focus on productivity and efficiency.  The lesson to learn here is that as postmodernity begins to affect rural churches, contemporary “reformers” should get to know rural people and communities before suggesting ways they can improve themselves and their churches.