Today kicks off a new series of blog posts called “What’s Trending,” where I will specifically discuss cutting edge trends that might push a few boundaries for many rural churches. The trends I will name in this series will range from theology to culture,  economics, and perhaps even politics-all while focusing on small towns and what each trend means for small town churches. There is plenty to dialogue about, so don’t be shy about posting your comments and opinions! (But let’s be civil and respectful.)

Considering the importance of emerging culture, emerging worship, and emerging theology over the last decade, one may ask if such ecclesiological trends are only present in urban environments of if rural communities are beginning to feel these shifts. Based on my doctoral research, I can identify at least four emerging trends in small town churches:

1: Competing Value Systems Will Increasingly Overlap. Many rural towns were built by people with traditional values, funded by companies and industries with modern values, but now exist in an increasingly postmodern world. Traditional values include: self-sufficiency, love of nature, a respect for tradition, the importance of family, respect for the elderly, friendliness to strangers, and love for the community. Modern values include: reason over emotion, efficiency, growth, order, feats of engineering, and innovation. Finally, postmodern values include: emotion and aesthetics over reason, social/communal participation, environmental concern, strong preference for diversity, building individual identities, preserving and promoting cultural heritage, solidarity, and tolerance.[1] Rural churches who have postmoderns in membership or attendance may not realize it since postmodern and traditional values share similarities.

Understanding that emergence is simply finding ways to negotiate cultural value shifts and exchanges opens up the definition of emerging Christianity to include small town churches that  embrace forms of worship and ministry that acknowledge competing value systems in the contemporary rural context.

2: Small Towns Will Embrace Postmodern and Traditional Values over Modern Ones. A great example of competing values in a rural context is the imaginary Pottersville from the classic movie, It’s a Wonderful Life. Mr. Potter is a man with modern values, whose dreams of profit and growth clash with the idealized and traditional values of rural Bedford Falls.  Near the end of the film protagonist George Bailey considers suicide, and a guardian angel named Clarence shows him what the town might look like without George’s presence. Bailey is shown a vision of Bedford Falls being renamed Pottersville, and containing every vanity conceivable including casinos and brothels. In the film, modernity is shown to lead to moral and social ruin and traditional values are celebrated as pure and ideal.[2] This struggle still exists in small towns, especially in places where modernity has brought ruin, like towns where resource extraction runs dry, which leads to mine and mill closures. Another challenge adding to the complexity is that these small towns now exist in the midst of an increasingly postmodern world.

3: Small-Town Churches Will Seek Justice In Their Communities. Emergence Christianity centers in re-imagining faith in the postmodern context. The complexity of contemporary society could be good news for emerging theology in small towns. Emergence Christians care deeply about economic justice, racial justice, sexual justice, environmental justice, and women’s justice.[3]  Instead of only increasing the Kingdom of God through rescuing souls from hell, rural churches should also seek to increase God’s reign in tangible ways on earth.  This of course requires relationships and community because “the justice that people need is a moving target.”[4]  Through living in community and building intentional relationships, small-town churches can seek justice in multiple ways, thereby ushering in the Kingdom both temporally and eternally. 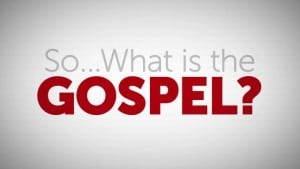 4) Small-Town Churches Will Increasingly Embrace A More Holistic Gospel. One of the main reasons for tension concerning Emergence Christianity is competing definitions of the gospel.  It may be true that “many of us grew up in a world where you talked about either salvation or social justice” but it seems many new leaders are saying “you no longer have to choose.”[5] Small town churches then, may become emerging congregations through simply breaking modernity’s trend of holding an eschatological (eternity focused) gospel and an incarnational (hands & feet focused) gospel in polarization. The church should ideally embrace both equally.

Traditional, modern, and postmodern values do not exist in a cultural, social, or spacial vacuum. Understanding that emergence is simply finding ways to negotiate cultural value shifts and exchanges opens up the definition of emerging Christianity to include small town churches that  embrace forms of worship and ministry that acknowledge competing value systems in the contemporary rural context. What do you see emerging in your ministry context? What are some examples of competing value systems in your own church or town?

[4]Rodolpho Carrasco, “A Pound of Social Justice: Beyond Fighting for a Just Cause,” in An Emergent Manifesto of Hope—Key leaders Offer an Inside Look, eds. Doug Paggit and Tony Jones (Grand Rapids, Baker Books, 2007), 254.